Drug tests for marijuana,most often only check for the metabolite (Carboxy-THC), which is a (NON) psychoactive ingredient in marijuana that most drug testing company’s use to show a positive test result for THC they rarely test for the the psychoactive element of Marijuana, (Delta-9 THC) Hydroxy-thc.This is what they need to test for if they want to prove impairment levels.Scientific evidence shows the active ingredient of Marijuana (Delta-9 THC)Hydroxy-THCconverts quickly to Carboxy-THC in the body within a few hours after use.Carboxy-THC is a product of the body’s metabolism of THC after useage and is detectable for a longer period of time than Hydroxy-THC.Sadly, Alaska and the majority of states still take the position that any and all metabolites of THC are illegal to have in your system at the time you are working or driving a vehicle. Yet only one THC metabolite causes impairment, and that is HYDROXY THC.NHTSA concedes that detection of the total THC metabolites in urine only indicates prior THC exposure, and that predicting the effects of marijuana based on THC concentrations alone is also inadvisable because detection time is well past the window of intoxication and impairment.Most substances which people have in their blood have never been tested to see if they cause false positives. Indeed, even some natural body enzymes cause false positives. According to research validated by the Congressional Office of Technology Assessment, melanin, the natural pigment which makes skin dark, can cause false positives for marijuana.Lets hope these lawmakers know the scientific difference between the two types of THC and do NOT do as Washington state did, and pass a phony law stating that having .05 percent carboxy THC in your system makes you impaired if out driving and subject to arrest and fines.Science has proven that no matter what amounts of carboxy THC are in a persons system they can never be impaired. 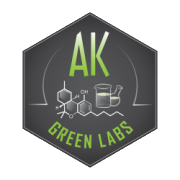